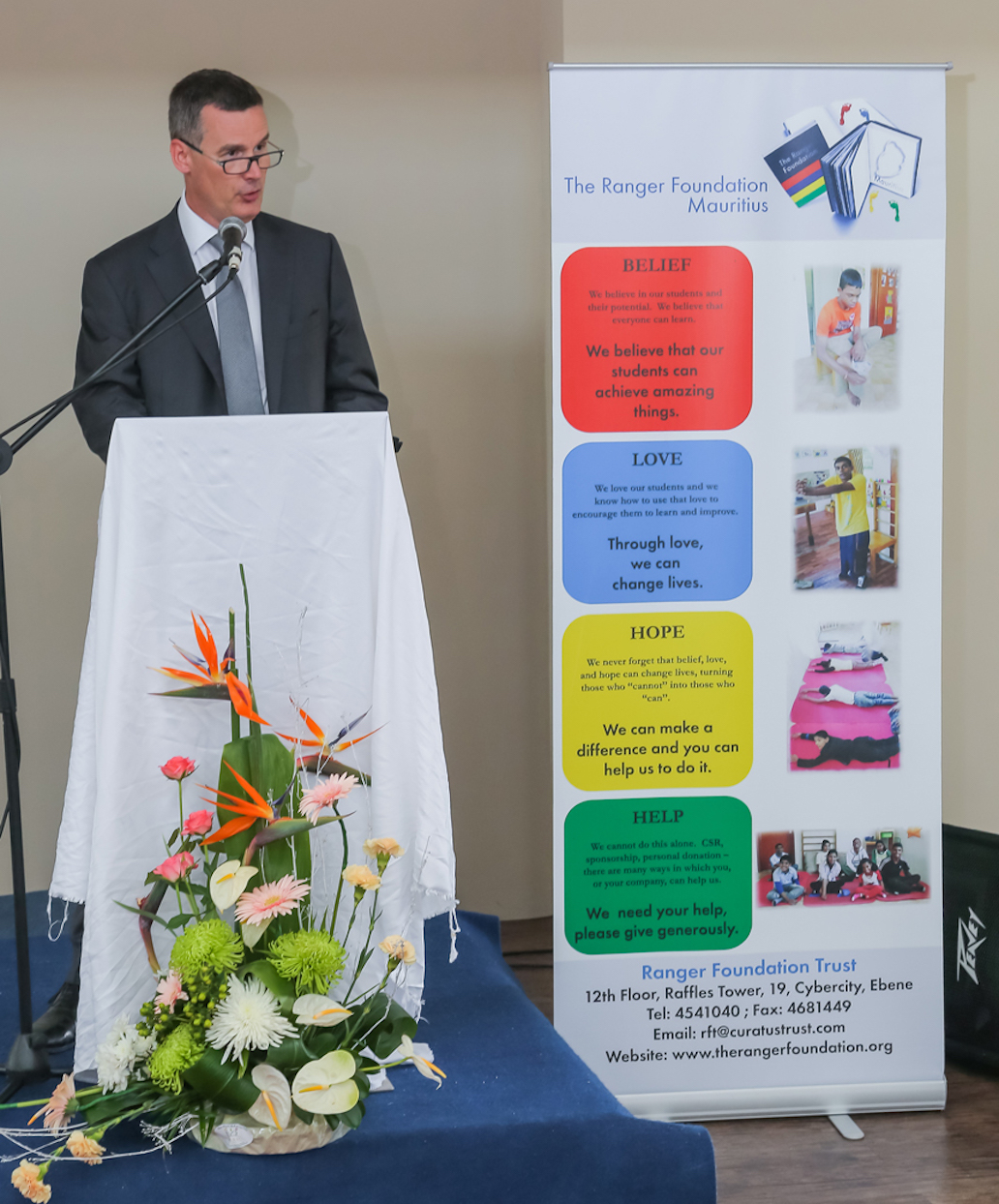 Born in the UK in 1960, Lance went to Colfe's School in London before studying law at Wolverhampton Polytechnic (graduated in 1983). He then qualified as an English solicitor and practiced in the City of London for a number of years before moving permanently to Switzerland

In January 1992 Lance became an in-house laywer to, and later the owner of Attendus Trust Company in Zug, Switzerland

It was through the birth of his oldest son Oliver, who was born extremely prematurely, that Lance first encountered physical disability within his own family. His positive experiences with Oliver led Lance to want to help other disabled children

After helping to raise sponsorship and funding for several projects in the UK and Mauritius, Lance created the Ranger Foundation Trust (RFT) in April 2008. The RFT aims to help physically disabled children on the island of Mauritius by delivering National Curriculum education and Conductive Education where needed.

Since creating the RFT, Lance has continued to raise awareness of, and sponsorship for the project by embarking on sponsored treks to the South Pole (2007), North Pole (2009), the 500km Arctic Finnmarksloepet dog sled race (2011) and an attempted crossing of Greenland in 2013 (he had to turn back after his team was hit by two Arctic hurricanes)

Lance hopes that by raising awareness of the plight of disabled children in Mauritius, we will be able to reach our next economic target of financing the completion of the building of a purpose-built school for our own existing and for other physically disabled students. This project has been ongoing and has already led to the succesful building of the North wing of the school